A Dazzling Chinese New Year in Jakarta: 5 Places to Visit on this Celebration

Every year at the beginning of spring, millions of people around the world celebrate a festive holiday known as Chinese New Year. But, did you know when was the first Chinese New Year ever celebrated in the history of mankind? According to travelchinaguide.com, this religious and cultural event was become known to the public as early as 17th century BC during the Shang Dynasty. Around that time, it was believed that Chinese New Year was closely associated with agrarian society – hence the tradition of presenting food and harvest to the god and ancestors were born.
During the Tang and Song Dynasties era, the function of Chinese New Year had shifted. Not only known as a day of praying and worshiping, this celebration is also known to be the biggest and most lavish social entertainment around that era – until these days. From family gathering to fancy New Year’s dinner, you will find many different form of how people celebrate their Chinese New Year from time to time. Not only that, one of the most common activities that people do is often revolve around travelling. If you are keen on exploring the city around Chinese New Year, we are here to show you just how fun your day would be by visiting these five places around Jakarta. 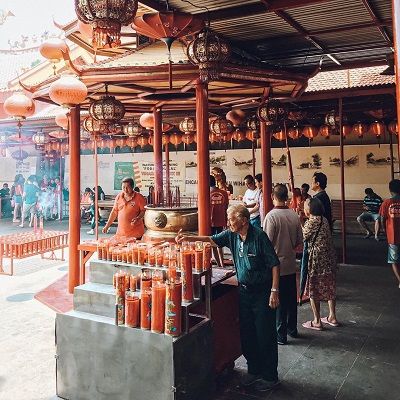 Instagram @dovaputra
If you live within the metropolitan area, you might think that it would be hard to find the perfect place to learn about the city’s rich culture. But, if you have ever heard about a place called Petak Sembilan, you will definitely rethink about those statements all over again. Located in the famous Glodok area, 20 minutes from The Sultan Hotel and Residence Jakarta, this place holds the long history of Chinese Indonesians in Jakarta. During the colonial era, Glodok was designated as a resident for Chinese immigrants who wanted to start a new life in the country. These days, Glodok and Petak Sembilan area is both known as residence and legendary market where you can find varieties of tasty Chinese food delicacies. With the combination of the rich Chinese culture vibes and the existence of Jakarta’s oldest temple, Dharma Bakti or Kim Tek Le, Chinese New Year celebration within this area is known to be the most sacred, crowded, and unforgettable for everyone. 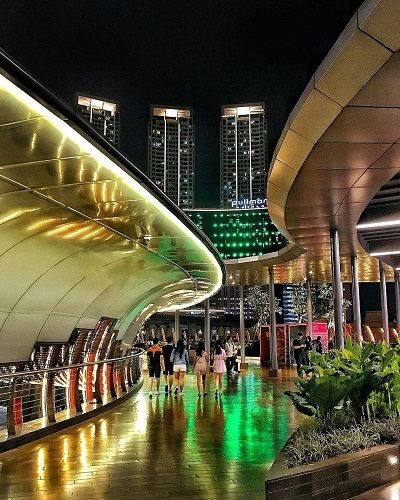 Instagram @husni.saleh
If you want to get the full on experience of Chinese New Year, including the lavish decoration and Dragon dance performances, this is definitely one of the places you should come and visit. Few weeks leading up to the Chinese New Year, there are numerous of mall in Jakarta which offers a fun experience for families – Central Park Mall is the perfect example for that. Located in Grogol, West Jakarta, Central Park offers many Chinese New Year related promo and attraction for visitors throughout the year. Bringing ‘Orient Vibes’ as this year’s theme, visitors can enjoy discounts from many different clothing stores, restaurants, even electronic stores. Not only that, visitors can also watch the traditional dragon dance performances on the D-day – surely you don’t want to miss this one! 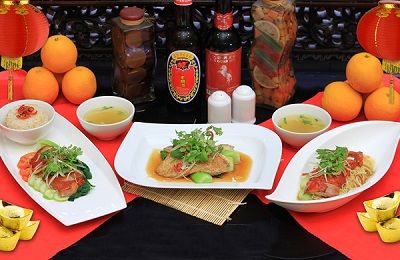 As we all know, there is nothing that can make your Chinese New Year more special other than food. With many different ingredients, cooking methods, and taste, Chinese cuisines have always known to be the world’s ‘most favorite food.’ So, it is safe to say that every family will make sure that they will only serve the best food on Chinese New Year. The spirit of Chinese New Year celebration is what also led us to release two festive food promos in January. For those of you who are looking forward to experience Chinese New Year in a new way, head over to Lagoon Café and enjoy our special Chinese New Year Feast promo. With IDR 188.000 nett/portion, you will be able to enjoy our finest and most authentic selection of Chinese dishes, especially made by Executive Chef Andry Stefanus and team. If you’re looking for a light bite, Lagoon Lounge has a tasty Skewers menu which you can get for IDR 88.000 nett/portion. Save your spot for the ultimate Chinese New Year Feast experience at The Sultan Hotel and Residence Jakarta! For more information and reservation, contact us at 021-57891171 or email us at sec.fb@sultanjakarta.com

Instagram @eatfever
During the colonial era, one of the oldest and most well-known landmarks in Glodok or Chinatown area is a pharmacy called ‘Apotheek Chung Hwa.’ From 1928, the building has stood the test of time until it was listed as Jakarta’s cultural heritage by UNESCO in 2015. This moment was then led to the revitalization of Chung Hwa Pharmacy into Pantjoran Tea House people know today. One of the reasons the legendary pharmacy had changed its function is due to the close relation between Glodok, Kota Tua Jakarta, and tea. In 1684 Batavia, tea was become widely known to the public after a botanist named Andreas Cleyer brought tea tree seeds from Japan. These days, you can find not only varieties of traditional tea in Pantjoran Tea House, but also many different forms of Chinese food delicacies – from Dimsum to Chicken Ginseng. Surely, Pantjoran Tea House can be the perfect destination for those who are looking for a nice meal around Chinese New Year. 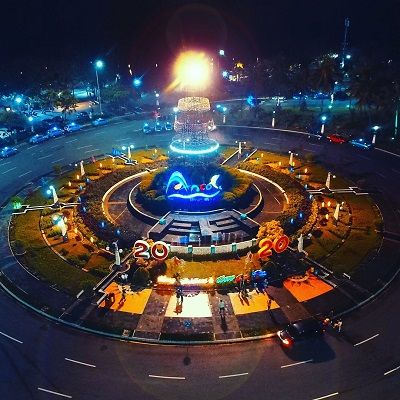 Instagram @ancoltamanimpian
Every year, Indonesia’s most famous theme park, Ancol Taman Impian, has always been one of the go-to places for tourists who are looking forward to experience Chinese New Year with a unique twist. Unlike any other places mentioned before, Ancol has always been succeeded on entertaining its guests during this celebration – thanks to its many innovations. For instance, last year Ancol held a 3-day shows in collaborated with hundreds of Indonesia’s most talented artists. The performances were ranging from the combination of Barongsai and Reog Ponorogo, Lampion Dance, and last but not least a breathtaking underwater Dragon Dance! Seeing the amazing shows they had last year, who knows what Ancol has to offer for its visitors this year.